Plenary Session 1: The Homeland Enterprise Perspectives from the State House

Homeland security is a whole-of-nation effort, with roles and responsibilities across every echelon of government. How does a governor see the enterprise from the state house? Is the “locally executed; state managed; federally support” model viable for the future? 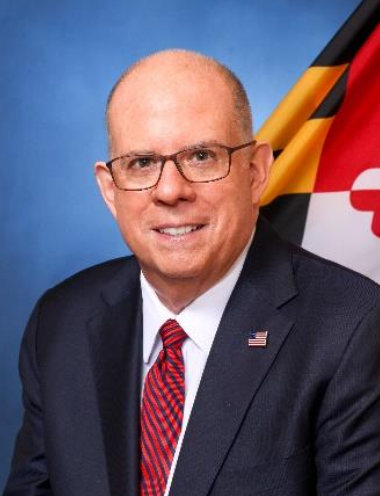 Governor Lawrence J. Hogan, Jr. was sworn in as the 62nd governor of the State of Maryland on January 21, 2015. In 2018, he was overwhelmingly re-elected to a second four-year term, receiving the most votes of any Maryland gubernatorial candidate and becoming only the second Republican governor to be re-elected in the 242-year history of the state.

‍
In his first inaugural address, Governor Hogan reminded citizens of Maryland's history as a state of middle temperament and pledged to advance the best ideas, regardless of which side of the
political aisle thev come from. He is recognized nationally as a strong, independent leader who consistently delivers real results and achieves common sense, bipartisan solutions.

‍
After being elected by his fellow governors, Governor Hogan recently completed a successful term as chairman of the National Governors Association, and he consistently maintains one of the highest job approval ratings in the country.

September 14, 2021
The Homeland Security Enterprise was built with an initial focus on external threats and natural disasters. In the past 20 years, most attacks in the US have come from domestically radicalized individuals and we are seeing an increase in hate groups motivated toward violence. How are we working to address radicalization of all stripes? Can the federal counterterrorism enterprise support domestic operations while keeping with our national core values?

September 14, 2021
Terrorist attacks prompted by the Taliban resurgence are a rising threat. Violent extremists in Afghanistan (ISIS-K, Al Qaeda, Haqqani Network) could be emboldened to attack regionally given the absence of United States and Afghan security forces in the country. Meanwhile, terrorists and affiliates across the world - including individuals in America - may strike given the inspirational revival of a like-minded militant group and the appearance of a wounded United States.

Lightning Round 3: 5G & Beyond

August 14, 2021
Paul Steinberg, SVP of Technology at Motorola Solutions, will discuss how the public sector can harness the power of 5G, as well as give a view to the next-generation networks coming after it. This session will address the challenges of people, process, policy, security, and infrastructure across the public sector as they navigate 5G, 6G, and beyond.